Our group uses angle-resolved photoemission spectroscopy (ARPES) based on the light quantum hypothesis proposed by Einstein. When materials are irradiated with light (photons), electrons (photo-electrons) are emitted from the surface via the external photoelectric effect. We observe these photo-electrons with a state-of-the-art ultrahigh-resolution photoemission spectrometer constructed in our laboratory (Fig. 1) and elucidate the electronic states of various novel materials such as topological insulators and high-temperature superconductors. ARPES is now a central experimental technique in condensed-matter physics, with which we are able to observe directly the energy band structure of materials. 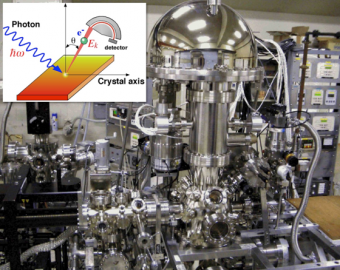 For more than two decades, we have been devoted to the development of ARPES spectrometer, and succeeded in improving dramatically the performance of spectrometer, for example, achieving an ultrahigh energy resolution. By utilizing this state-of-the-art spectrometer, we are able to directly observe even a very small superconducting gap of various novel superconductors and unveil the superconducting mechanism (Fig. 2). We also investigate various atomic-layer materials represented by graphene, and explore the exotic physical properties such as superconductivity. Moreover, by developing a new spin-resolved ARPES spectrometer capable of resolving the three key physical parameters of electrons in materials, i.e., energy, momentum, and spin, we intensively study the electronic states of novel spintronic materials. 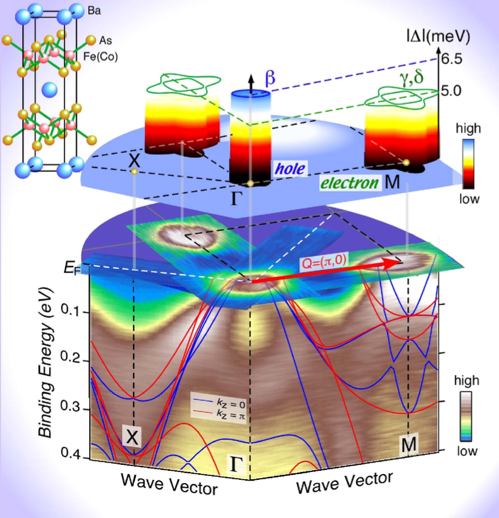 Recently, we have started construction of a new nano-spin ARPES spectrometer which will be used in synchrotron facility. This machine achieves the highest spatial resolution in the world and enables us to determine very precisely the local spin-dependent electronic states. This new spectrometer will no doubt be a powerful tool to explore the origin and mechanism of anomalous properties in various novel materials. 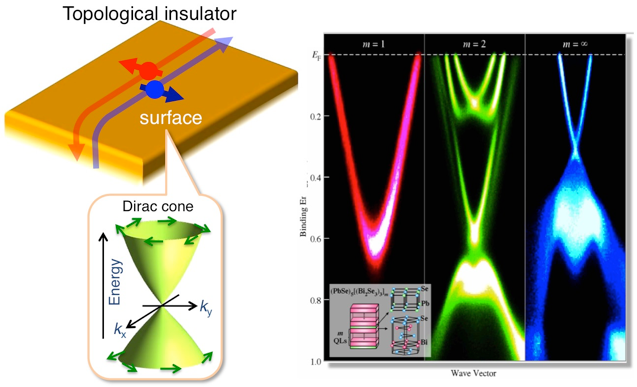